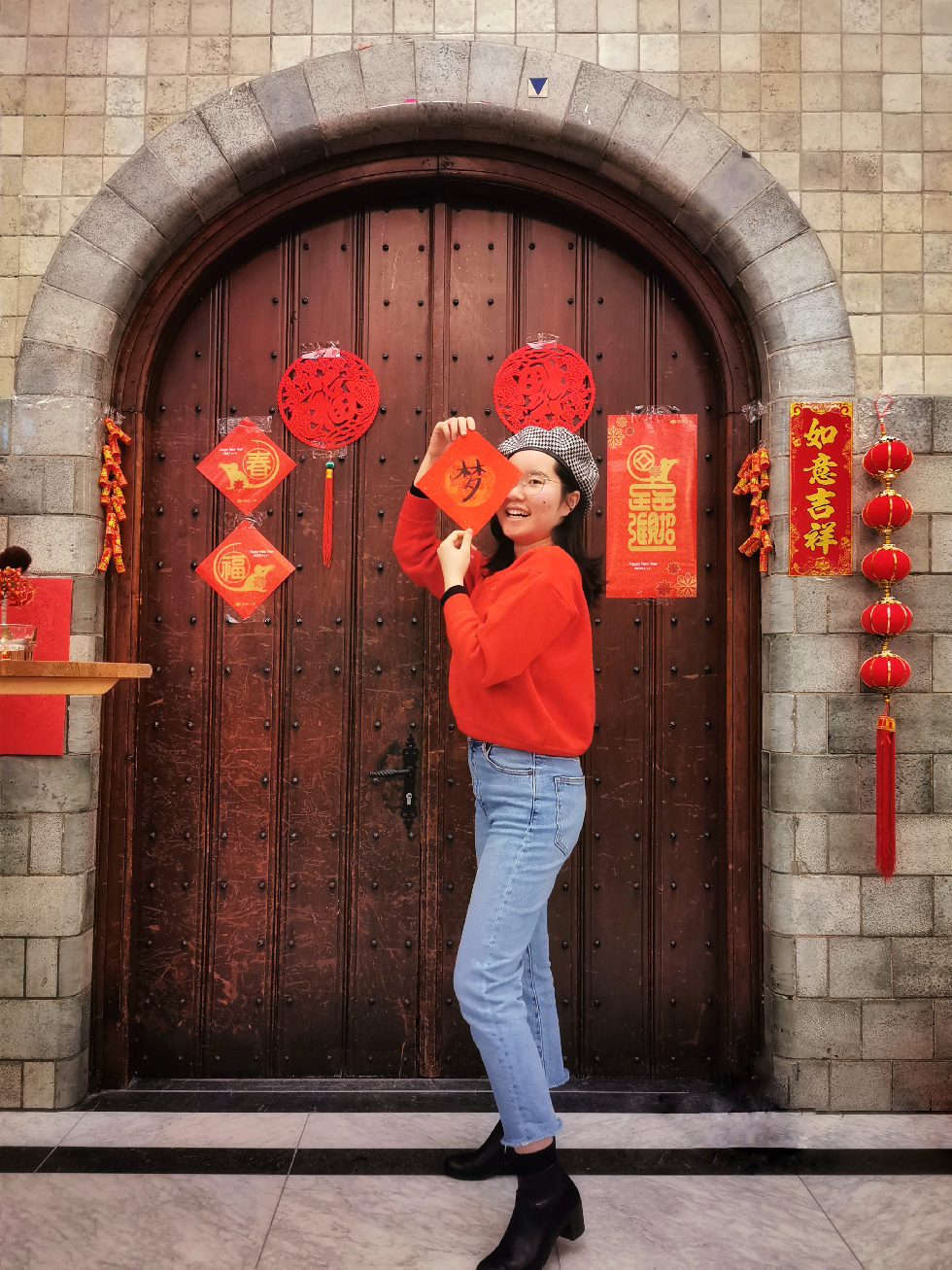 Chinese New Year to Chinese people is what Christmas is to Westerners. Once in a year on such an important occasion, family members unite, loved ones celebrate, and the past is left behind while the future is looked forward to.

Celebrating new year is called "Guo Nian" in Chinese. Legend has it that "Nian" is an evil monster in old times who comes out at the end of each year to hurt innocent people. After trying to fight this monster, people found it fears three things: the color red, fire, and huge noise. Therefore, every time the new year approaches, people set off fireworks and put up red papers on their doors to scare the monster away. So, fireworks and red things became indispensable symbols for Chinese New Year. Therefor it's very common to see Chinese people wear red clothes and put up red papers in different shapes or with wishes written on them during the new year season.
Anyway, one of my personal favorite Chinese New Year traditions is that the seniors put money in red envelopes and gift their children as new year presents. Not only from parents, children can also receive tons of red envelopes from uncles, aunts, and grandparents. Of course, the amount would be children-friendly but the simple happiness of collecting red packets is no less than squirrels collecting nuts for hibernation. You feel overwhelmed by a blast of love with all the shining red in your hands for that moment, even if they are going to be taken away by your mother sooner or later, with the excuse that she'll set up an account for you to save all the new year money and only give back the credit card to you when you grow up. But trust me, you will never see that in your life again. Because in her eyes, no matter how old you get, you're always just a little child.