'Goodbye' to JB in the Koetshuis 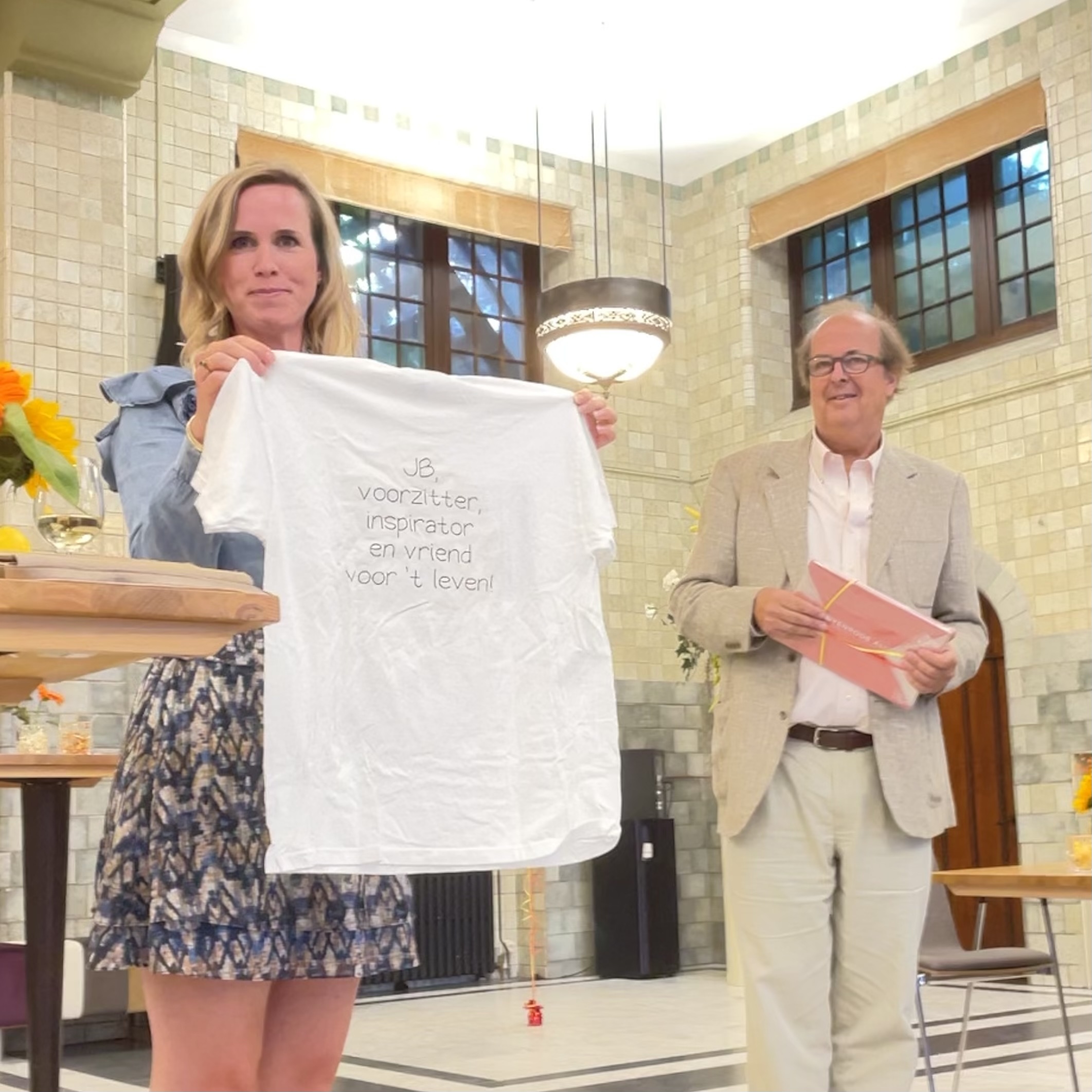 While enjoying a glass of champagne last week, we reflected on the nine wonderful years of JB Nolst Trenité's presidency. In the Koetshuis were among others President CvB Petri Hofste, Rector NBU Koen Becking, former Rector NBU Prof. Dr. Maurits van Rooijen, the members of the Executive Board and colleagues of the Alumni Office present.

Corina Blokland, Chairman of the Main Board, addressed in her speech the ‘praatje pot’ that JB had introduced: a moment to talk about work or how things are going at home. Combined with the great host that JB always can be, this created a good bond within the team. Corina thanked JB for all the confidence he had been able to give her to become the next chairman.

After offering a photo book for all the great memories and a t-shirt with a nice message, it was time to capture this moment as well; in ‘Homecoming-style’ all together on the stairs at the castle for a photo. As Corina indicated in her letter: 'There is no such thing as saying goodbye, so we won't be doing that either. As a Nyenrodian in heart and soul we will hopefully see and speak to you often at the estate.'